SimCasino is a computer simulator with elements of a strategy, in which the player has to manage and develop his own casino. All of the parameters of the gambling establishment can be adjusted to your taste: its public image, financial policy,  its appearance and security system.

Developed and released by a small indie company LVGameDev LLC, the game was released on November 16, 2021 and was available for early access on November 22, 2020. Prior to that, the company had only released one game, SimAirport, which is an airport construction and development simulator. Thus, it can be said that the studio is only focused on developing simulation games. It is likely that in the future the gaming industry will see a few more simulators covering various topics from this development company. Although their games are not very popular at the moment, one can’t say that they are of poor quality, as evidenced by the large number of positive reviews. 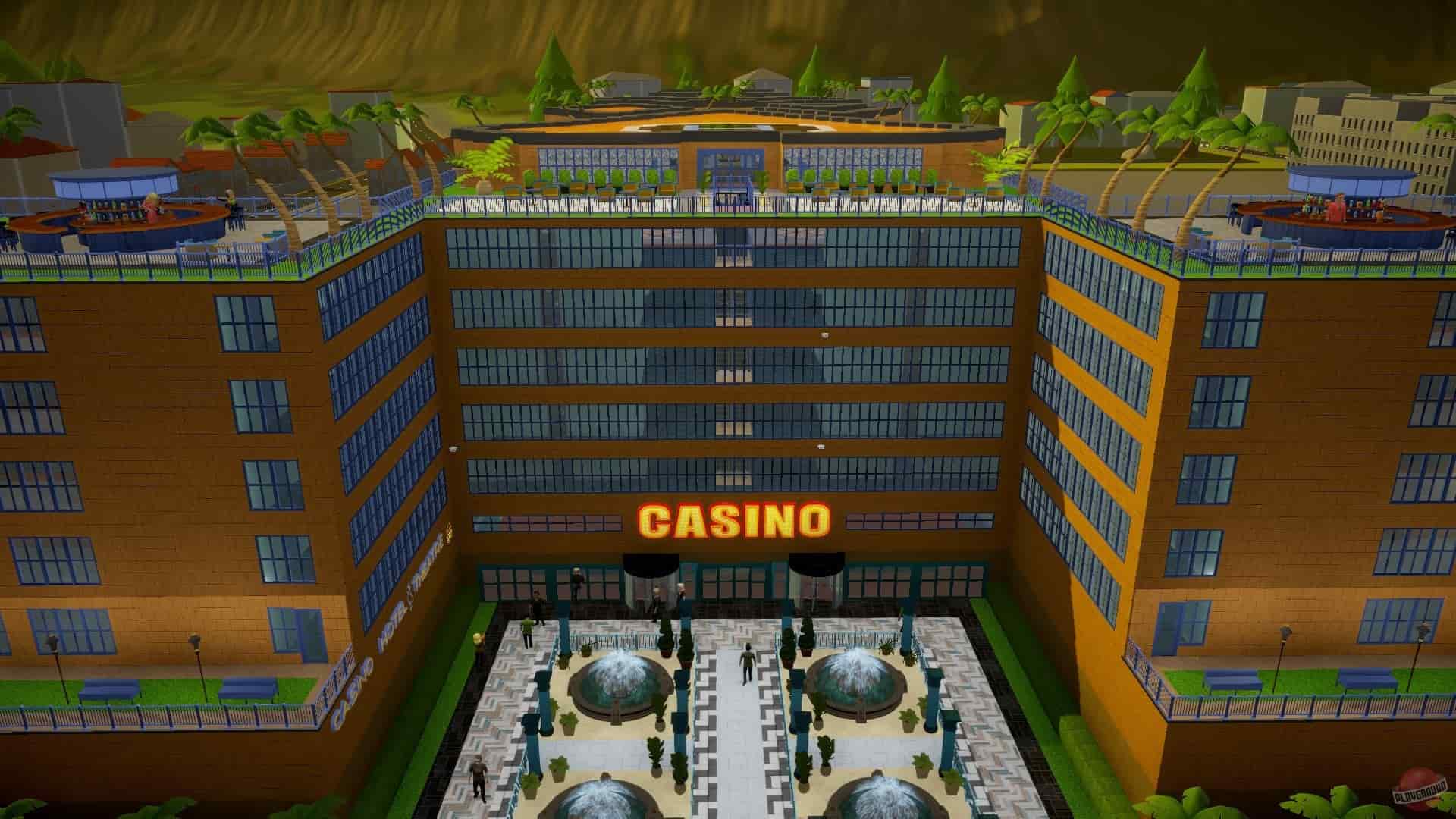 SimCasino is only supported on personal computers that meet the following requirements:

SimCasino can be purchased from one of the following game distributors: Steam or Gamivo, for residents of Russia the price is 465 rubles, no further purchases are required for the gameplay.

The player starts the game with a modest amount of money with which they meant to establish their gambling business. The first thing to do is to buy a plot of land to build on. There are several options to choose from, varying in size, location and cost. The more prestigious the area in which the land is located, and the larger its size, the more expensive it will be. Over time, you may be able to afford a better place, but for your first establishment you will have to choose a cheaper option. However, that purchase is not the only expense at this stage, you will also need to build a small casino and buy a few machines. After that, you can start receiving your first guests and making a profit.

The interior of the building can be customised to the player’s liking – allocating the areas for different purposes, placing machines and seating areas where the player thinks it is appropriate. It is also possible to change the colour and type of the wall and floor finishing materials to create a unique atmosphere in your establishment. With acquired profit, the user can expand the already established casino area by adding more and more halls and adding new slot machines of different types. SimCasino offers all types of gambling entertainment: slots, poker, BlackJack, roulette and more. Apart from gambling entertainment, attention should be paid to the overall prestige of the surrounding establishments, for this purpose it is recommended to build concert halls, hotels and bars, which help to increase the popularity of the casino and bring in more customers. These added venues also bring in revenue for the player, so they should be taken seriously. There are dozens of building types in the game, each serving a different purpose and generating income for the owner.

Concert halls allow for performances by popular bands, social and political figures and comedians. Make sure that the hall has enough seats for visitors; each seat will bring in additional revenue, but it will also oblige the owner to spend money on its upkeep on a regular basis. The hotels at SimCasino are usually the parent establishment alongside which the casino is based. The player can control the number of rooms, their furnishing, the price of accommodation, and the staff. All these qualities affect how many visitors decide to stay at a given hotel. At the same time, each of them will become a casino visitor, where they can spend their money and bring profit to the player. Bars can be either stand-alone halls or buildings or they can be a part of the casino, where visitors can get relax and take a rest in-between gambling sessions.

The halls themselves and all establishments can be  by the prestige level: create common areas for everyone, as well as private VIP areas accessible only to the most favoured of visitors. Each of the customers can be monitored separately and interact with them by encouraging their spending. In this way, the player can influence his richest visitors, by paying more attention to them, so that they continue bringing profit to the establishment. Other establishments of different types can be placed separately on different plots of land or combined within the same area. Create creative combinations of multiple venues in order to maximize profit and efficiency. From high-end, expensive and luxurious casino lounges to small and cosy lounge cafés with slot machines, roulette and a bar, the player has all the options to build whatever they want. 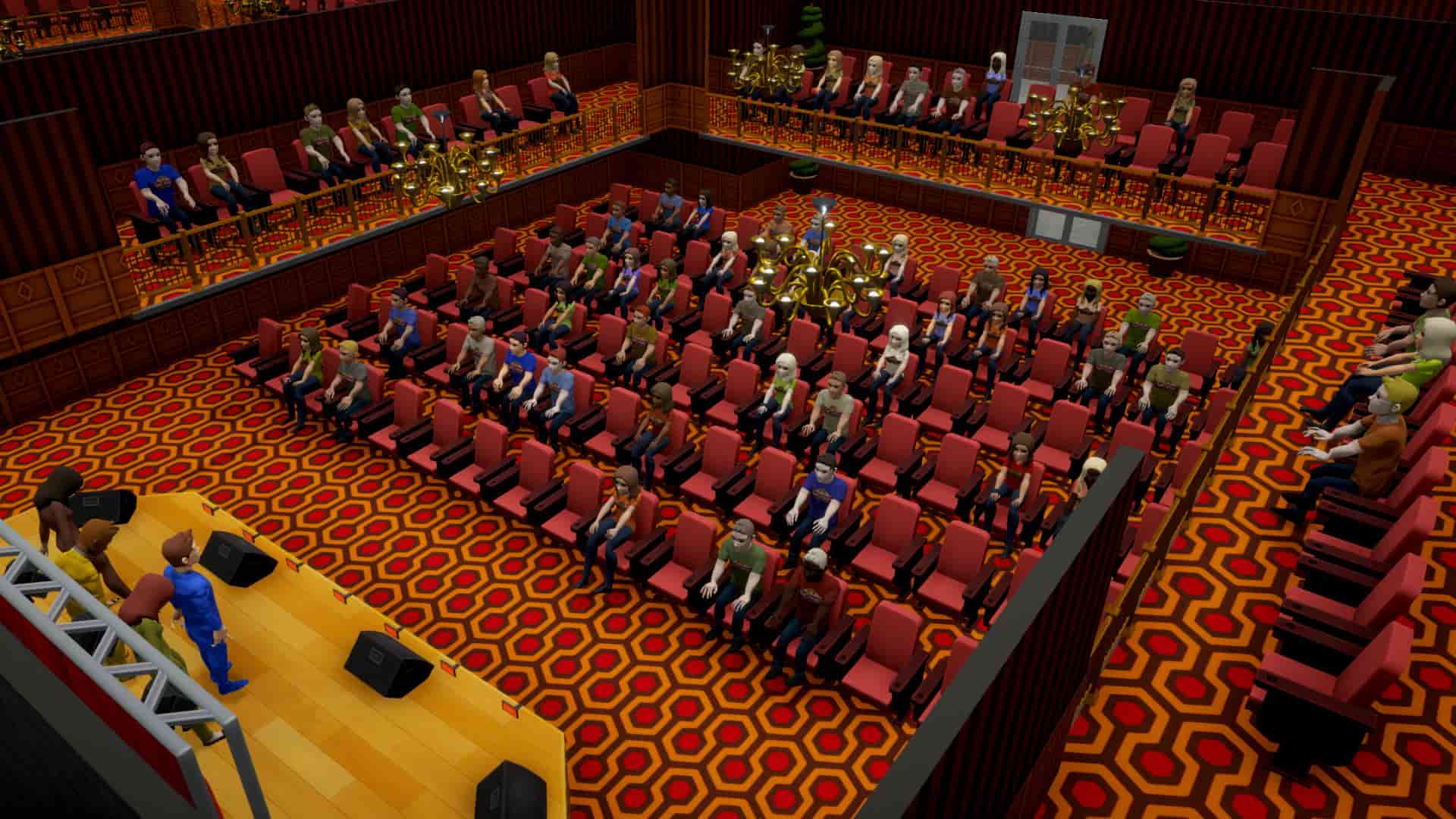 The money you earn is not only spent on buying new buildings and expanding the area and functionality of establishments that you have already built, it is also needed to maintain the business and ensure its viability. The larger and more extensive your holdings are, the more money will regularly go towards regulating them. The player can adjust the amount of money allocated to maintenance staff, but he should be aware that low pay will cause workers to become dissatisfied and perform poorly. The whole establishment could suffer as a consequence, as the negligence will also affect the customers. 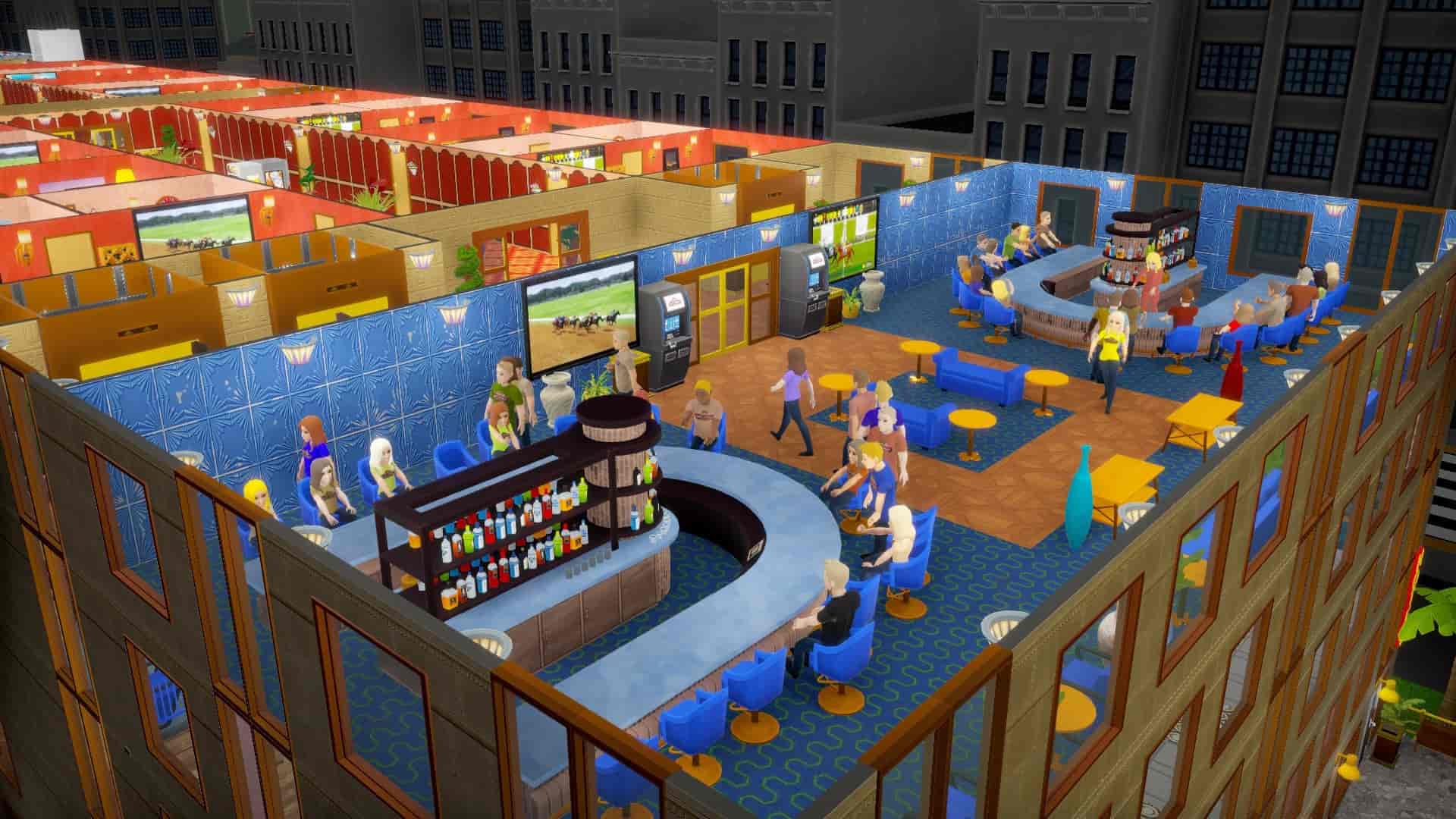 Another important expense is the security system, which is not just for show in this game. A casino is undoubtedly a very lucrative business with a large financial turnover, which makes it attractive for robbers and other criminals. Periodically, they will come to your establishments and try to steal your money. A well-developed security system can stop them: hire enough trained security guards, install alarms and safes. If you neglect this, the thieves will regularly rob you of your money, pushing you into bankruptcy. In addition to protection against thieves and crooks, security is also needed to control the behaviour of the visitors themselves. Just like in real life, they will sometimes act out in an unprecedented manner. The reason behind that could be too much alcohol in the bar, a bad game at the casino, which caused the client to lose a lot of money or just a bad mood. Either way, security guards will ensure that your establishment stays calm and orderly, otherwise riots and disorderly conduct will become commonplace and have a negative impact on the prestige of the establishment, as well as on the attitude of other visitors.

Advantages and disadvantages of SimCasino

In order to give a fair assessment of the game, you should not only have an idea of its mechanics, but also understand the specific pros and cons. The advantages of SimCasino include:

Having carefully studied SimCasino’s gameplay  in detail, with all its advantages and disadvantages, it’s safe to say that it’s a worthy game that you don’t regret spending your time on. For a relatively low price the player gets to feel like a manager of a grand scale and develop his business into a global city network. The variation in the game is mind-boggling and allows you to immerse yourself in the chic and glamorous atmosphere of the gambling establishments and spend a long time doing so.

The Steam library scores the game an 8.5 out of 10 rating, while the number of positive reviews exceeds 400. SimCasino is therefore definitely worth a look for all lovers of economy simulators. The developers have made every effort to make the game exciting and interesting, and they have certainly succeeded.

Video review with the passage of the game: